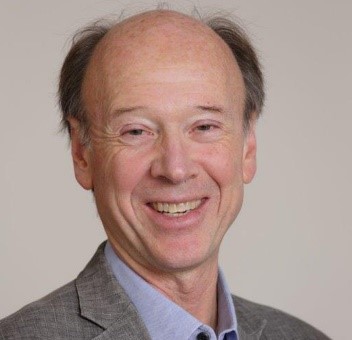 Dr. Reed came to the NIH and CSR in 2015 as the director of CSR’s Division of Neuroscience, Development and Aging. In this role, he oversaw 47 regularly occurring study sections and numerous special emphasis panels, and over 60 scientific and support staff. In addition, he has led a number of important initiatives at CSR. These include study section evaluations through CSR’s new Evaluating Panel Quality in Review (ENQUIRE) process. He has also been instrumental in developing targeted outreach efforts, redesigning the annual CSR orientation sessions for incoming study section chairs, and enhancing internal communications regarding policy and nomination slate guidelines.  Dr. Byrnes noted that “As a former grantee, reviewer and study section chair, Bruce brings a valuable perspective to the CSR leadership team. Since his arrival at the NIH, he has done a terrific job gaining expertise in review policy and building coalitions both within and outside CSR that have resulted in a number of positive changes to peer review.”

Dr. Reed is a licensed psychologist with clinical experience in the Northern California Veterans Administration Health Care System.  He was a full professor in the Department of Neurology at the University of California, Davis and associate director of the California Alzheimer’s Disease Center from 1997-2015.  He has over 150 publications in the area of cognitive aging. His research focused on the interaction between vascular factors and Alzheimer pathology using a range of neuroimaging techniques, and on factors that can mitigate the impact of brain pathology on cognitive function.

Dr. Reed was principal investigator and co-investigator on multiple NIH R01s and co-PI of the Clinical Core grant for University of California Davis Alzheimer’s Disease Center. In his time in academia, he served as a reviewer for many NIH panels, including serving as chair of the Adult Development and Psychopathology of Aging study section and chair of the Clinical Neuroscience and Neurodegeneration Study Section. He also was active in community service, serving as the vice president of the board of directors of Alzheimer’s Services of the East Bay in Berkeley, California for 7 years.

As deputy director, Dr. Reed will play a critical role in advancing the CSR Director’s strategic vision to conduct continuous, data-driven evaluations of peer review and peer reviewers, increase transparency and accountability through engagement with the scientific community, and diversify the reviewer pool.